Cutting Comparison Off At My Legs

Running is one of my favorite things.  I’m not insane or a glutton for punishment. It’s my solace with the Lord. 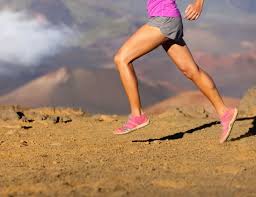 Years ago while running in the mountains, my Ipod’s battery died and God said, “Run with me. I’ll talk to you.” I fell in love with the silence that let Him speak uninterrupted and now has become my music. I’m more certain of His instructions, questions, convictions, and affirmations when my two feet are traipsing on the open road.  So it’s fitting that God would speak to me while running about a heart issue I have… that stems from running.

God revealed that I’ve been entangled in jealousy… which stems from prideful comparison… which exists in me because complete satisfaction and identity in my Abba doesn’t. And I’m imprisoned.

Walk with me through this…
Since returning home from a long on and off stint as a missionary, God has been fanning my flame of passion for prayer. Since Daniel was a praying man, I wanted to glean from him. I started reading Daniel and found “Daniel resolved not to defile himself.” On that morning’s run, I asked the Lord to reveal ways that I defile myself. Defilement is internal. And I. Was. Dirty.

But God kept speaking. My comparison was only a symptom.  God was taking me to the root.

God showed me James. “If you harbor bitter envy and selfish ambition in your hearts, do not… deny the truth. Such “wisdom” does not come down from heaven but is earthly, unspiritual, demonic.” I confess I have long struggled with competitive envy, and it’s not from heaven. Jealousy can be one of the enemy’s schemes in spiritual warfare! He confronted me so graciously that in my distraction and misplaced focus, I’d dropped my guard and opened the door to demonic oppression.

I was shocked! Me? Oppressed?! Hello??? Do you know how holy I am? So, how did I get here? When did this oppressive foothold begin?

The enemy’s foothold attached itself to my legs while running many years ago. Racing. Recording my distance. Calculating my pace. Oppression attached itself to my physical achievement. And it frequently does. These attachments of pride can be most difficult to surrender. By the orientation of anything physical, we run the danger of comparison. One being better than another. This gives the devil a foothold.  This is the open door that the devil sneaks into and becomes a squatter. Competition. But it’s really a prison of comparison.  A prison where there is no freedom. 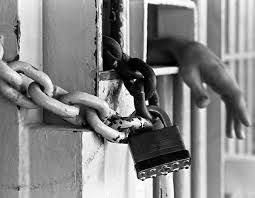 Ironically, I’ve long hoped for women’s eyes to be opened to the bars of comparison that many live in and the freedom that awaits outside. If we genuinely walk in our full identity in Christ, we wouldn’t live in this prison we enslave ourselves to. Enslavement by comparison is a choice. Yet, here I was with revelation from the Holy Spirit of my own prison of comparison. My own identity issue. Where in something, I couldn’t say that my identity in Christ was enough.

If we genuinely walk in
our full identity in Christ,
we wouldn’t live in this prison
we enslave ourselves to.

In most areas, I’m grateful for God’s affirmation of who I am. I simply read Ephesians for a dose of identity. I’m chosen. Adopted. Redeemed. Forgiven. Saved. Sealed. Loved. I am His. A daughter of the King. Watched. Protected. Beautiful. Secure. Filled. I have an inheritance. It’s clear who we are when we’re adopted as sons and daughters into the family of Christ. And if we believe it, this CHANGES us! I don’t question who I am. I’m not disgruntled over singleness because I know my Bridegroom who has other plans for me. I’m not upset over being childless. I don’t self-deprecate and wallow over what I don’t have because I’m incredibly blessed for all I do have. I am a daughter of the King!

But sometimes, this isn’t enough. I’m not as fit as I used to be. I weigh more than I’ve ever weighed before (dang you Filipino rice and coming home to Nutella). I’m running slower than in years past. Now, I have the Spirit of the living God who raised Christ from the dead, healed the sick, clothed the needy, and fed the hungry living inside of me… and I’m upset because I don’t fit as well in my clothes!?

As daughters of the King, we have to stand against the enemy’s schemes of comparison. Identify what it is… a prison. Bars that keep joy out and demonic jealousy in. It plants seeds that grow deeper than we realize. Those seeds fester, taking bitter root. And it takes some serious, vulnerable God-listening to dig out those roots. And if we struggle with even hearing the voice of God, then without an extra measure of grace it will be impossible.

As daughters of the King,
we have to stand against the
enemy’s schemes of comparison.

So, is it possible that you also live in a prison of comparison? Could it be motherhood? Service? Work? Athletics? Family? Intelligence? Beauty? Could it even be that your greatest comparison is your younger self?

I’ve started to unlock the prison doors and run for pure joy again. For months, I ran with no watch. Covered my clocks so I wouldn’t know how long a distance took me. Calculated nothing. And thanked God again for legs that have the ability to move. For eyes that watch the sun rise as the moon disappears. For a body that feels the morning air. Thanking Him that He’s opened my eyes. I’m beginning to break free from my prison. He’s opened my eyes to greater truth. To find my identity in all that I am in Him and nothing more. It’s a start.

WANDERING IN A RUNNING WORLD